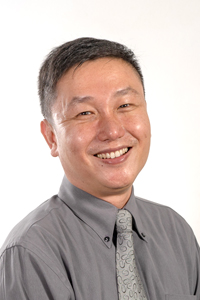 Ps Hua Ken has been on an adventure with God on this mission of “knowing Him and making Him known.” He has been involved in missions work in Asia since 1995. He previously served as the Advisor to Youth Church, working alongside Ps Jeff to train and raise up young godly leaders in character and competence. Since Jan 2018, Ps Hua Ken has been serving as the lead pastor in Mandarin Worship.