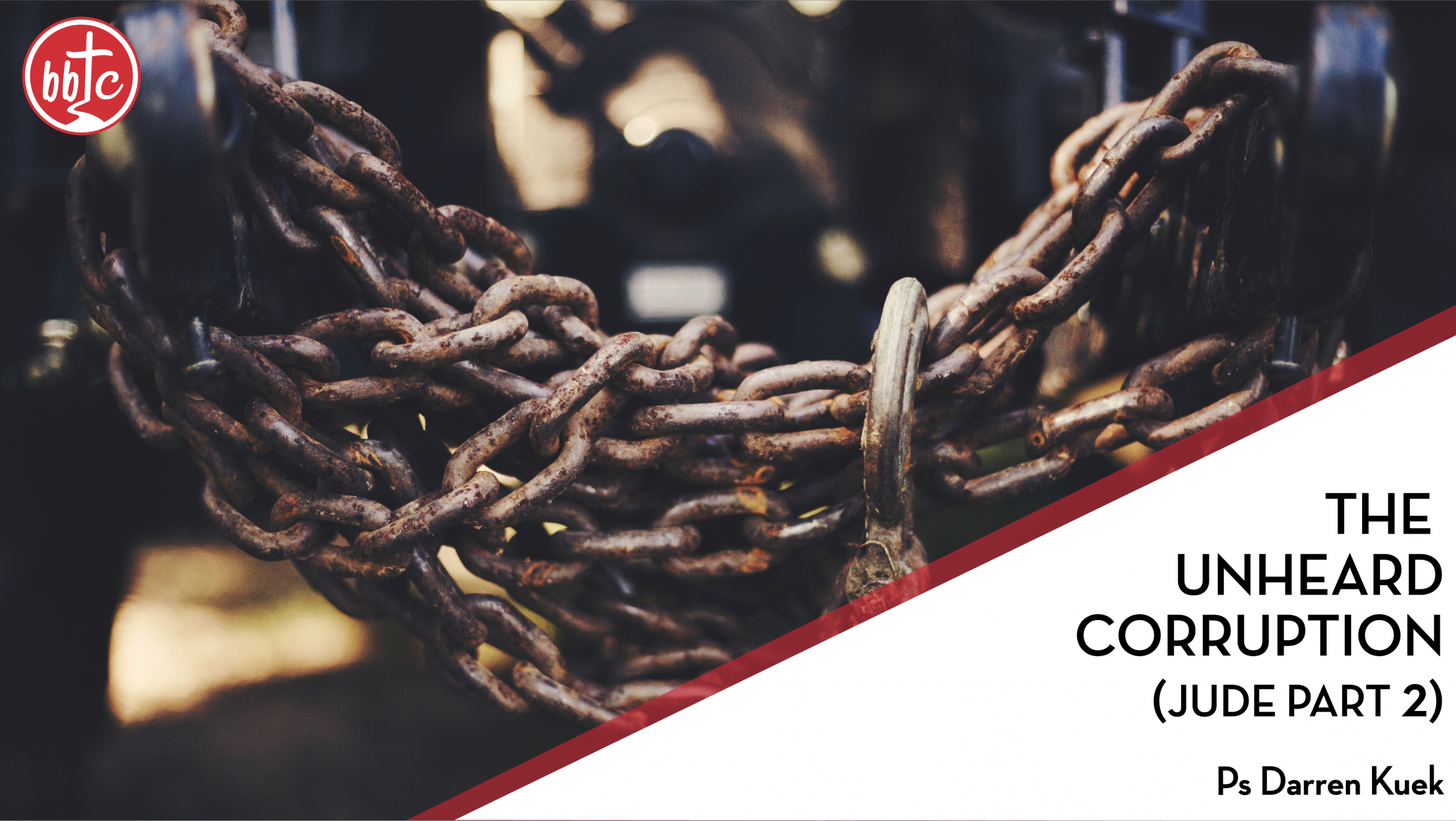 In this sermon, Ps Darren focused on Jude 1:8-16. The verses speak of people, including leaders, in the Church who were men without substance. These ungodly people were described as walking in the way of Cain, abandoning themselves for the sake of gain to Balaam’s error and perishing in Korah’s rebellion (v 11). Through this ungodliness, they wrecked the faith, unity and peace of the Church.

To discern the voice of corruption and prevent ourselves from becoming like such people, we need to understand the implications behind the way of Cain, Balaam’s error and Korah’s rebellion.