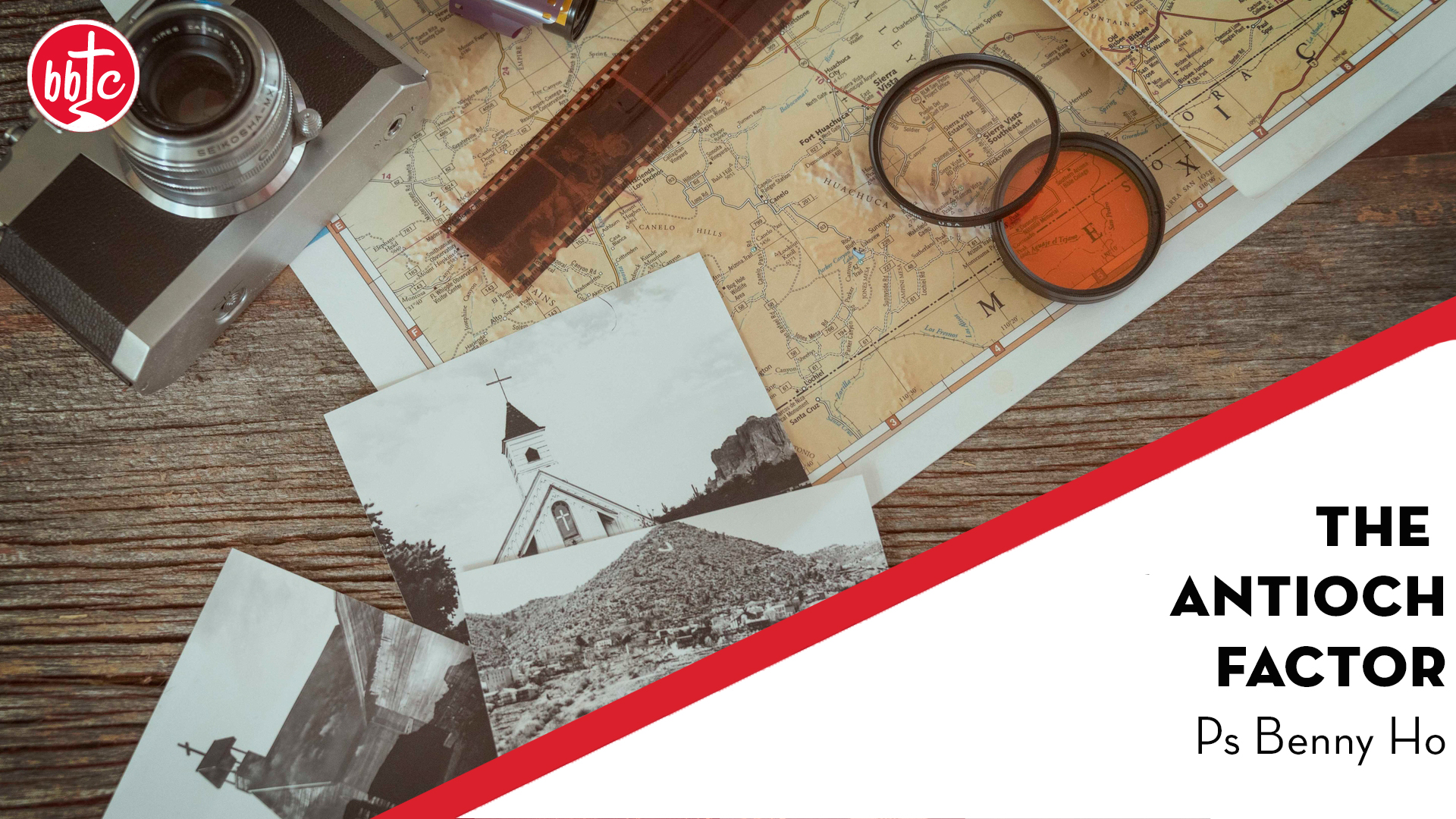 Ps Benny Ho opened with the passage in Acts 11: 19, 25-26 which speaks of the rapid, sudden, spontaneous expansion of the gospel beyond the Jews. There was no grand masterplan except that the Lord said: “You will receive power when the Holy Spirit comes on you; and you will be my witnesses in Jerusalem, and in all Judea and Samaria, and to the ends of the earth.”

The turn of events led to Saul of Tarsus embarking on his journey of world evangelism and the Word of God spreading to Antioch. In Paul’s day, Antioch was the third largest city in the Roman empire and had a large colony of ‘Greek’ (non-Jewish or Gentile) population. Antioch was a key shipping port but pagan worship was entrenched in it. That made it difficult to plant a church there.

However, Antioch became home to the first Christian church outside of the land of Israel and was the first place in which followers of Jesus were referred to as Christians.