Unless We Have Seen the Goodness of the Lord

Unless We Have Seen the Goodness of the Lord 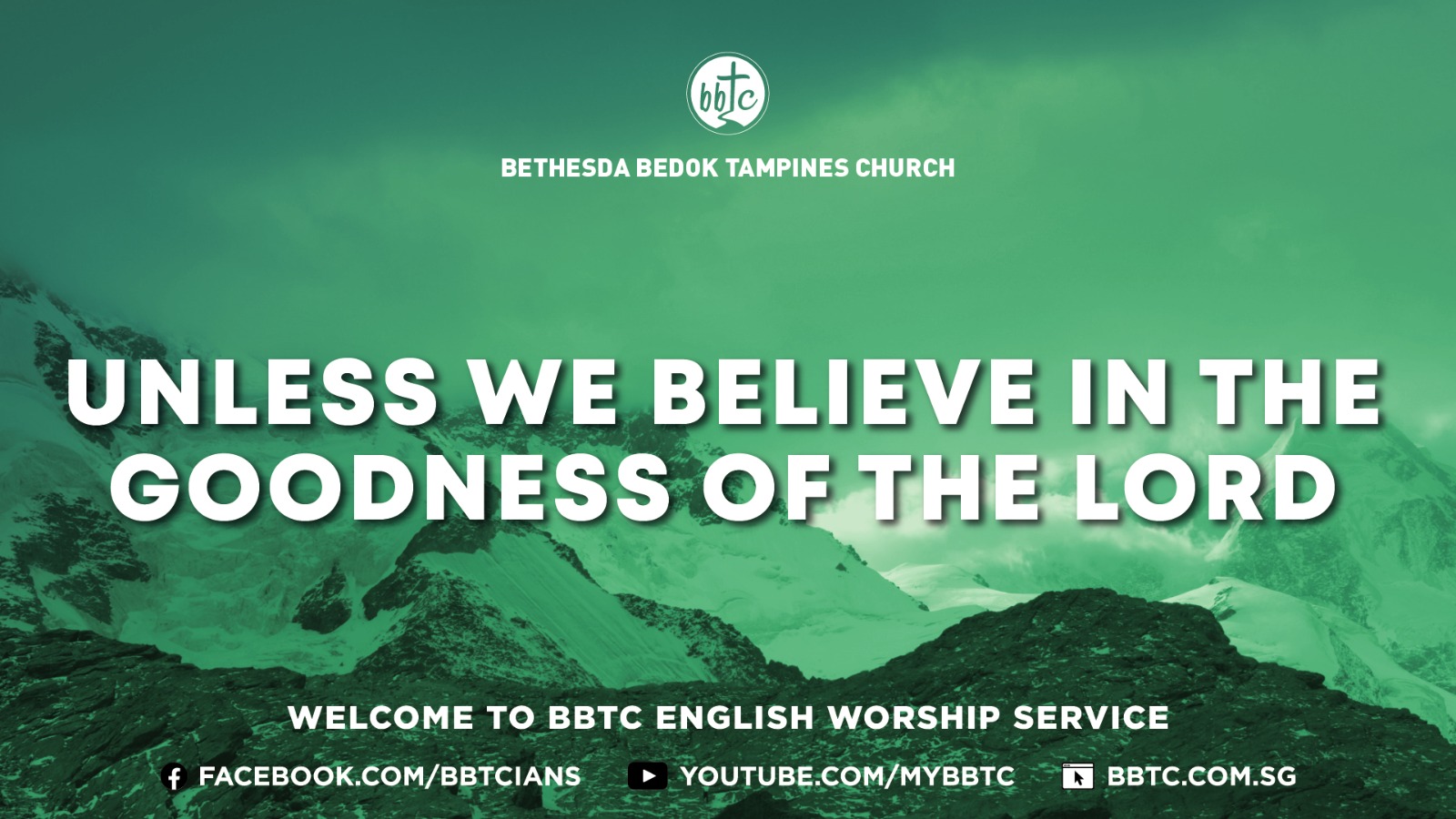 Pastor Jeffrey Aw shared a message of hope based on Psalm 27:11-14, where we see how King David’s dependency on God enabled him to remain faithful to God amidst the storm of opposition and conflict. The pivotal verse is verse 13 (NASB 1995) “I would have despaired unless I had believed that I would see the goodness of the Lord in the land of the living.”

Looking at the bigger picture of Psalm 27, we realise that it is a both a psalm of trust and a psalm for help. The first 3 verses are ones of confidence in the LORD. Beginning with familiar questions, “If God is my light and my salvation and my stronghold, what or who is there to fear?” The third verse gives a possible circumstance for fear – an enemy in war.

The next 7 verses from v4-10 move from being under siege from an enemy to “the house of the Lord” where David spoke of his longing for the LORD and the chance to stand in God’s presence. It then moves back to fear, uncertainty and a plea for help. Even though his father or mother have forsaken him, the LORD will not abandon David but will take him in. The final 4 verses – the focus of Pastor Jeff’s sharing – speaks of David’s faith in the Lord in the midst of the storm of fear and opposition. Encouraged, David moves forward, confident that in the “goodness of the Lord”, he can wait and hope and be courageous until the storm passes by.